Meet Dallas & SarahSarah and I felt it would honor Jesus to share some details of our walk together with Him over the years. If you’re part of River Center Churches, we hope you will learn something new about God’s greatness. If you are checking out River Center for some other reason, we hope you are built up and love Him more. I want to see passion for Jesus burn across South Dakota and beyond. It is my great pleasure to wake up every day with Jesus. We stand in awe of His love and greatness.

I was born in Midland, South Dakota to Christian parents and grandparents. We worked in the church, and Dad preached and led the church for some time. My grandfather, Clarence McKinley or C.E. was the first full-time pastor of the Midland Open Bible Church where I grew up. We also raised hogs, sheep, and other critters and farmed. I always loved Jesus and was a typical self-centered, first-born male who made his mom and dad proud most the time. 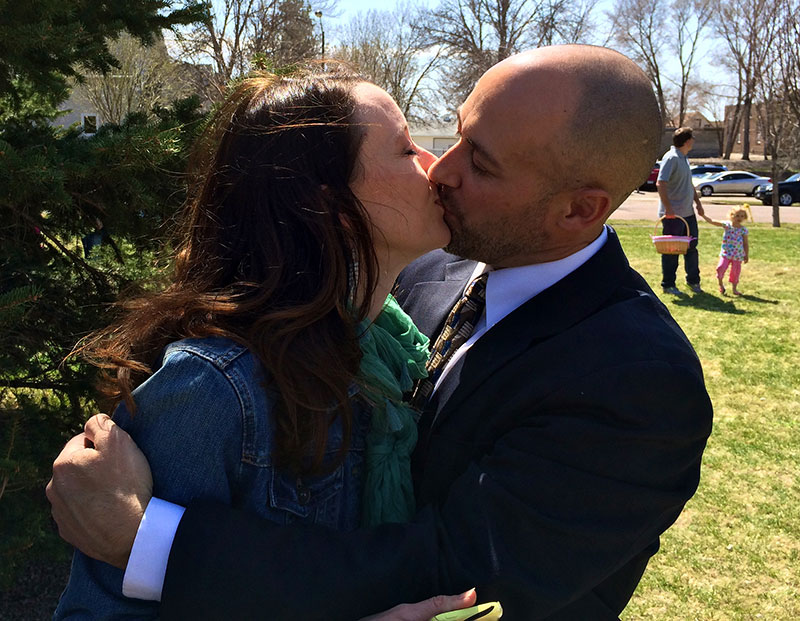 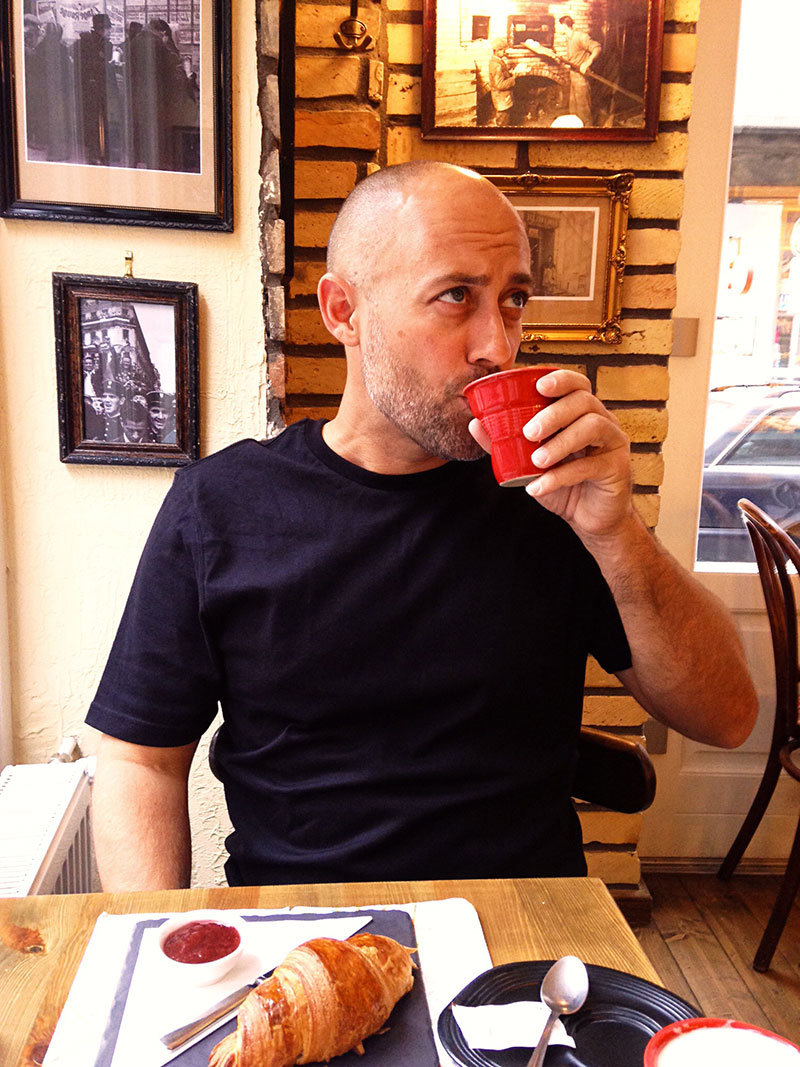 So I looked everywhere and anywhere I felt led, including many of the best Christian colleges in the nation. When people would say, “How are you going to pay for it?” I would tell them God would provide. When my parents would ask me how much one place was or another and get this worried look on their faces or talk about school debt, I would just smile and reassure them that God was going to provide. I had been a tither, a generous giver since I earned my first wages on the farm, and I was putting God first in the best way I knew how. Therefore I KNEW that God would provide ALL that was needed, period.

So with no clue and decent, but not spectacular, high school grades, I won a four year full-ride scholarship through ROTC. Soon after, a brochure from a regional college in Macon, Georgia, Mercer University arrived in my mailbox. Something about that brochure drew me in, and we visited the college as a family. I signed up, moved down, and met my wife Sarah during the first week of classes.

We got married that first summer after school. Three years later I graduated #1 in my business department with a BBA in finance. Sarah graduated with even higher honors with a teaching degree. Check out these blessings: during the school year I never had to work, was active in our church, lived on and lost my wedding ring in Lake Tobesofkee, drove a new truck, and played Army now and then. It was a blast. We also led the youth group in church our last year there and survived our first few years of marriage while I discovered how not to be a bad husband.

So I entered the Army in San Antonio, Texas. We went to Cornerstone Church, met Bart Dailey who later served on our board of directors, became cell group leaders, had our first baby, and started a ministry on base that saw 1000 soldiers pray to commit their lives to Christ in one year! That sounds so cool, but every part of it was just dropped in our laps as we showed up and said OK to what Jesus was presenting to us to do. We also visited the Brownsville Revival and discovered we were filthy rotten sinners who went to church and thought we were OK. That shook our lives and prepared us for what was ahead. Amazing Jesus!

I had considered and prayed about full-time ministry since high school, but the answer I felt in my heart was always the same from God: “No”. What’s a boy to do? I’m surely not going to “serve” God against His will. I actually agreed with God during this whole time because I could see what a schlab I was in so many areas, and I was determined not to go be a hypocrite poser in ministry. It’s going to be real or it’s not going to be was my conviction.

So we were enjoying the military thoroughly. I was receiving my first promotion, and we were having wonderful ministry. Then one Sunday night as I sought God at the altar I told him again, “I want to serve You with my whole life, Lord – to have my daily work be all about ministry for You.” He said, “Yes.” 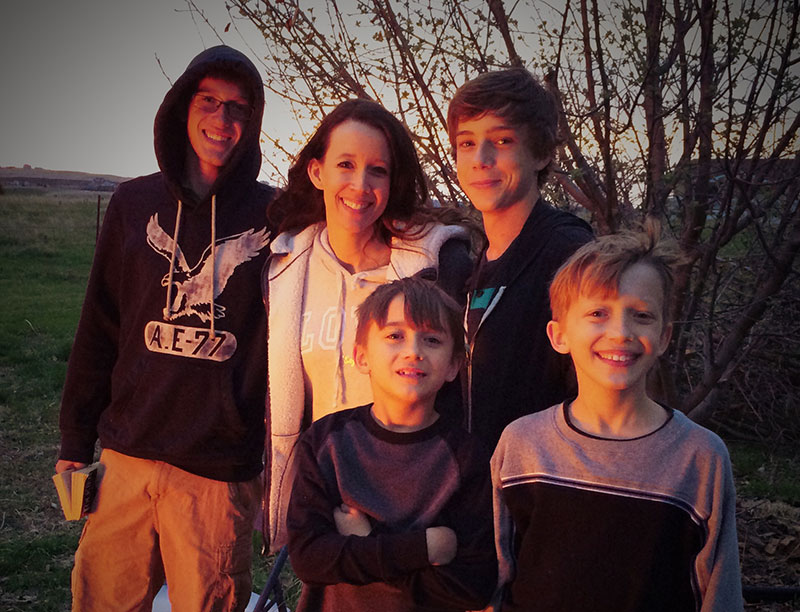 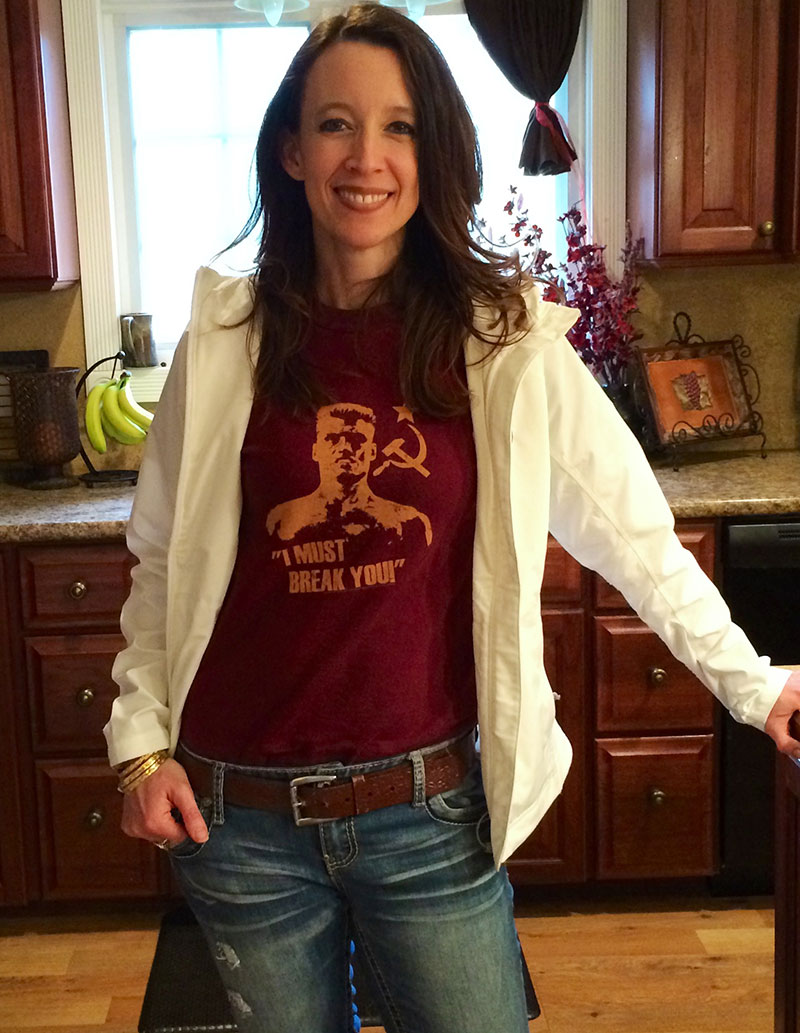 God led us to request an early release from the Active Army into the Reserves to go to seminary. This was unheard of, partly because the Army had just spent a boot-load of money sending me to a very expensive private school to prepare me to be an officer and partly because I was only two years into a four year obligation. Six months later with a great military record including top scores and recommendations I transferred into the Reserves and moved to Springfield, MO to begin seminary with the blessing of the United States Army. Miracle # 3487 on a continuing list.

We felt called to the Assemblies of God Seminary in Springfield, Missouri. Neither Sarah nor I were formerly AG, but it was a great school, and we felt God’s leading. The Master of Divinity involved more than 100 graduate hours and four years of full-time study. Through the direct hand of God, we were asked by my eternal friend Reggie Chandra to come onto the staff of a local church in our second year at seminary. That was such an amazing time with Jesus. We experienced Him in new and wonderful ways and saw Him move in power.

Jim Kirby, my friend from High Praise Church, worked for a lumber yard. I told him we were looking for a place, and he suggested we build it ourselves. Having never built anything, having never even taken shop in school, I felt the release to go for it. So we did. We built a beautiful house acting as general contractor and finisher. It was so much fun that afterward we started a construction business building north of Springfield, Missouri, with a very gifted friend Kirk McConnell. Kirk was a great craftsman and mechanic with experience doing many things, and our partnership was a blast. He had a full-time job, and I had seminary and ministry in the church while we managed and worked projects on the side. After our calling to plant a church in Pierre, he went full-time in the business along with Sue his wife and was very successful. Be blessed my friends!

We came to Springfield, Missouri, with nothing but a pick-up and a baby. During five years in Springfield, we added two children to our family, learned about flowing with God’s Spirit, started a business, bought a new mini-van, received our life-calling, built a church planting team, finished a $40,000 graduate degree debt-free, and moved to Pierre with enough money for 20% down on a house and no debts. Don’t ever tell me God doesn’t pour into our laps, overflowing, more than we can contain. I still have no clue just how God did it, but He did.

God called me very specifically to go to Pierre in January of 2000 while on a ministry trip in India. I would call home and talk about Pierre, and Sarah would say, “I know about Pierre, tell me about India!” But there is nothing as intoxicating as a clear call from God. It makes you ready to give your blood. I had never envisioned moving back to South Dakota, but God spoke and my heart was there.

We sought Him earnestly and eventually felt we were to plant a new church in Pierre. I told the Lord that He would have to provide a team if this was going to happen because I couldn’t do it by myself. So in the Summer of 2001 after many months of prayer and planning, Sarah and I departed for Pierre along with George and Alia Stowers and Jeff and Autumn Mann. Six people with a vision and passion, and a new church was born. 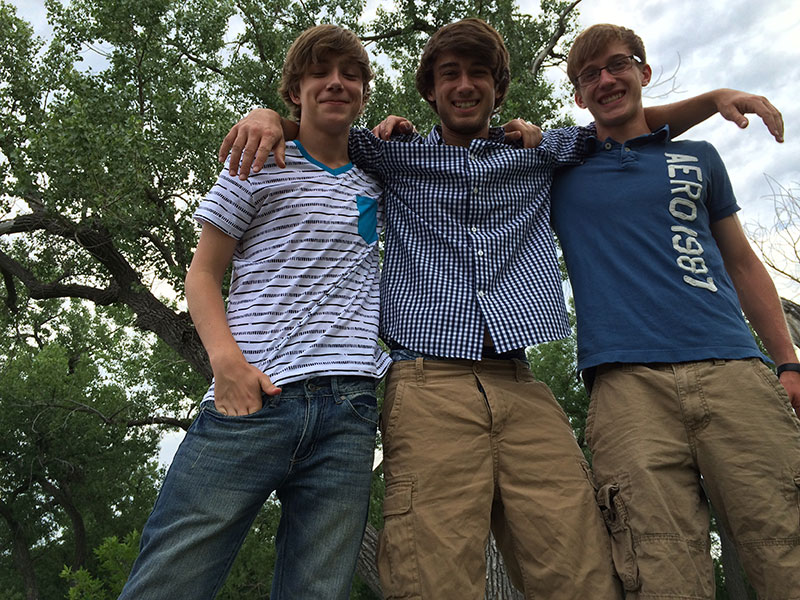 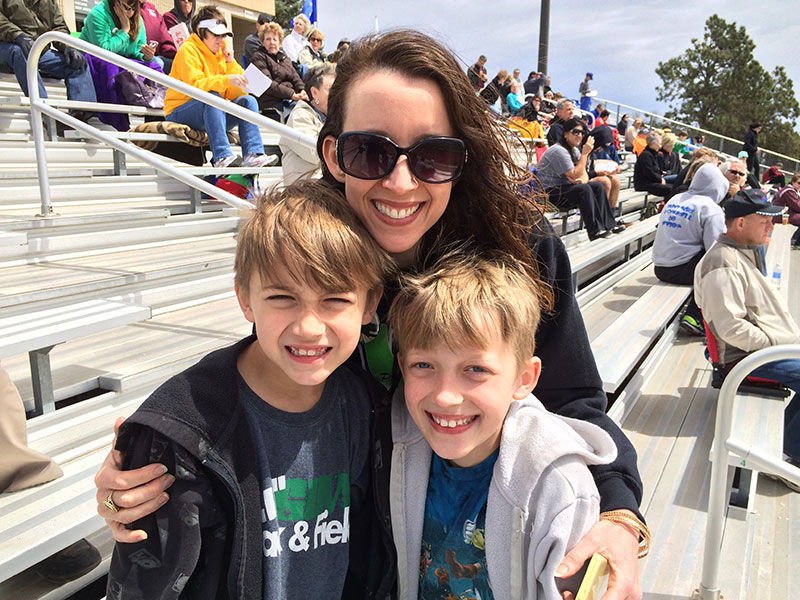 We have had a boat-load of plans that didn’t come about and a fair amount of questioning our qualification for the job, but look at what God has done! We have a wonderful body where Jesus in honored, we first planted James River Church in Huron out of our body and now Restoration Church in Spearfish, we have a great building absolutely debt-free to minister from, and we are more in love with Jesus today than ever.

We now have our quiver full with five wonderful sons: Caleb, Seth, Judah, Levi, and Aaron. God has given us a fresh and clear vision to reach South Dakota with His truth and love, and we are treasuring each moment of it. What’s God calling you to do? If you are wondering if you qualify for a full-on-life in God, you can stop wondering because you don’t. Nobody does. That’s the wonder of God’s ways; only the hungry and humble get to be with Jesus…and then He does a miracle and makes your life have eternal value. If you are a Christian, let’s do this thing. We have our eyes on seven more new church plants around South Dakota in the next few years and a prayer movement that captivates the heart of God for our region. I love you Jesus!

River Center Church meets each Sunday morning at 10 am.

Send us a message!